Why Do Dogs Adopt Other Animals? Science Explained!

You’ve probably seen photos of dogs adopting kittens, bonding with ducklings, or even nursing baby tigers. From the domestic to the exotic, dogs have been known to accept all sorts of non-canine animals into their pack. But why would they adopt the dreaded cat or decide to cuddle with a predator?

Psychologist Dr. Stanley Coren explores this mystery in his book Why Does My Dog Act That Way?, and recently explained the facts behind this heartwarming behavior. 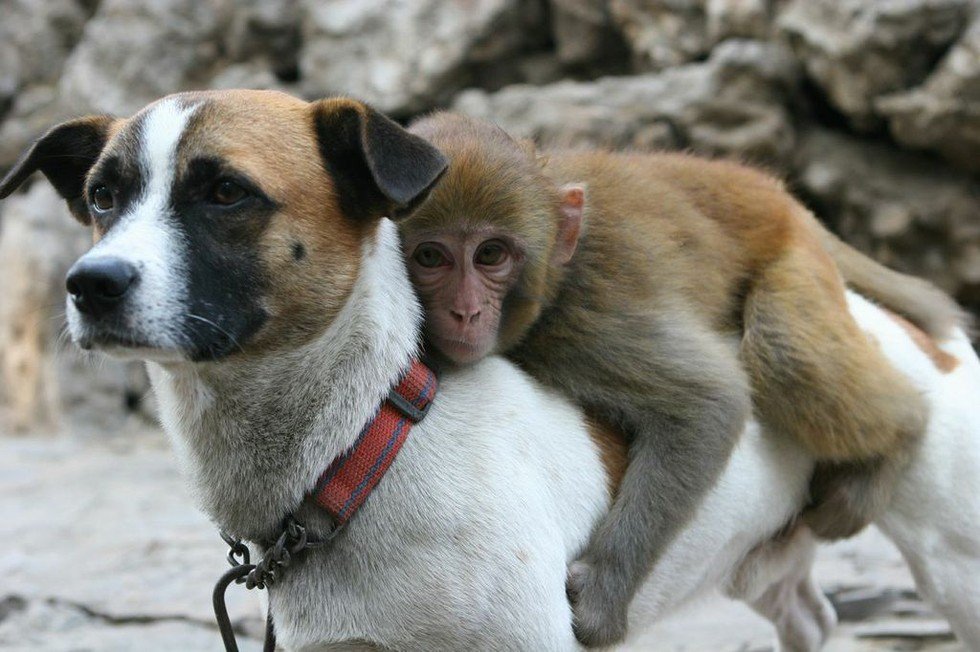 Not All Animals Accepted

Female dogs are most likely to adopt, and the animals they choose are usually young mammals. Dr. Coren says it boils down to biology.

“All mammals have certain pheromones—simply biological scents—they give off, and they have a certain communication value,” Dr. Coren explains. “Pheromones indicate if an animal is young and often we find female dogs respond to that and start to mother these animals very much as if they were their own pups.”

Once another animal is accepted and the pair are together for quite some time, a more permanent bond can be established.

“It starts with a female dog who decides to mother something that is young and fuzzy,” Dr. Coren adds with a laugh. 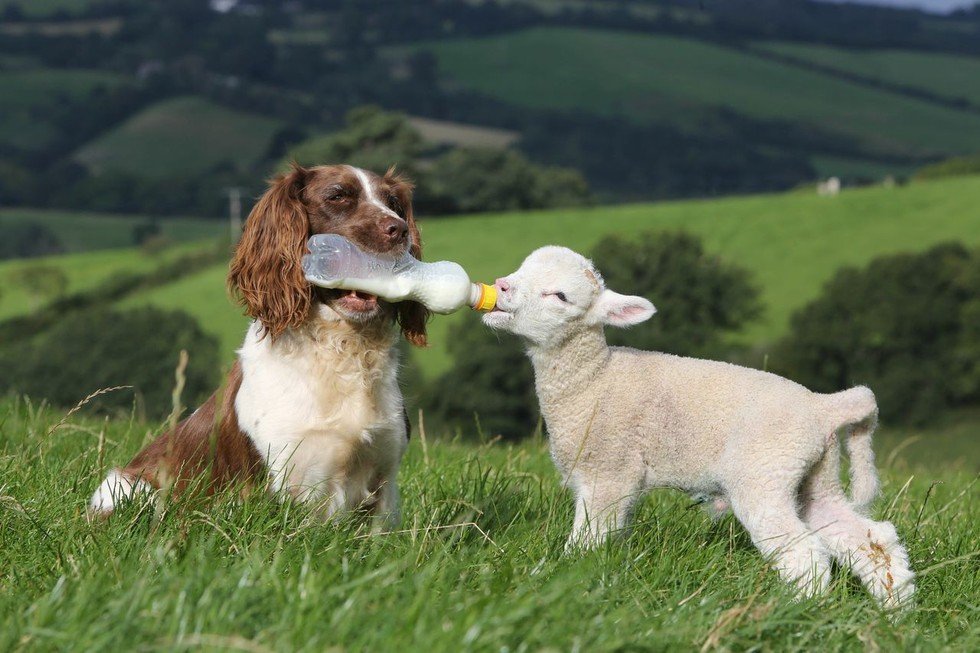 Why Dogs Choose Other Animals

Dogs are social creatures by nature and they crave interaction with humans and non-humans alike.

“And because of the way we’ve bred them, they aren’t glommed onto any one species—because we want them to be glommed onto us!—so they are much more accepting of other animals,” Dr. Coren says.

Even though dogs would rather socialize with other dogs, they will form a bond with a non-canine in the right circumstances.

“Dogs feel very uncomfortable when they’re isolated, so they would much prefer to be with other dogs, but they’ll settle,” Dr. Coren explains. “It’s a companionship kind of a thing.”

Adopting another species into their pack is also a support mechanism. 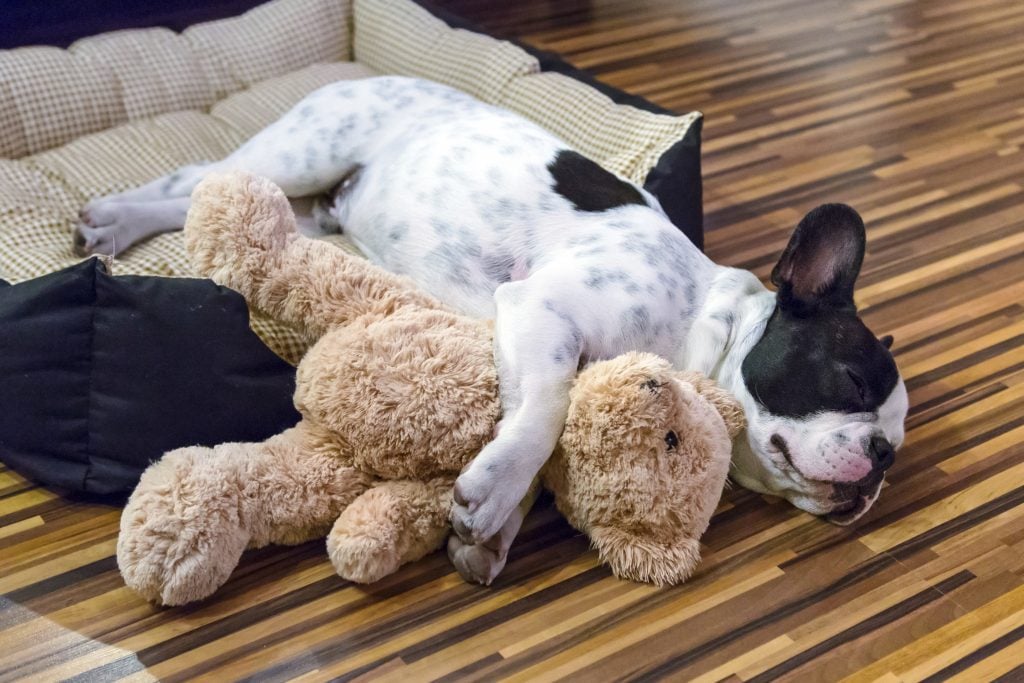 “A two or three-year-old [human] child will have a plush toy—a teddy bear, a stuffed bunny, etc.—they will not be without. It becomes a major social support,” Dr. Coren says. “I think that’s the way the bonding occurs between a dog and a cat; the other animal becomes their support object as their personal plush toy.”

Of course, we humans look at a dog taking in a wiggly piglet or teeny-tiny kitten and the awwww factor hits the roof. We think of it as sweet, endearing, and empathetic. But do dogs feel complex emotions like empathy?

“It depends on how you define empathy,” Dr. Coren says. “Dogs do respond to stress in the animals, but it depends.”

Dogs have similar emotional capabilities to that of a two or three-year-old human—basic emotions, but nothing too complex.

“Empathy is right on the cusp,” Dr. Coren explains. “Empathy doesn’t show up until four or five years of age [in humans], but perhaps dogs can show primitive aspects of it.”

So yes, dogs are supportive of other animals. However, this is mostly about instinct, just as it is when they take care of their pack members.

Lions and Tigers and Bears—Oh My!

It’s much less common, but dogs have been known to adopt exotic species like tiger cubs. How does this happen?

“If a miniature poodle simply walks up to a cheetah, the cheetah is going to look at it and think, ‘Meals on Wheels!'” Dr. Coren says. “If you’re dealing with a power differential, the trick is the adopting process.”

The exotic animal must be reared from a very young age by a dog mother for the pairing to work. As it grows to be a much larger—and potentially dangerous—animal, it’s already established a bond with the dog.

“Yes, you eat flesh but you don’t eat your friends kind of a thing,” Dr. Coren says. In other words, even a ferocious predator isn’t going to eat its mom.

Our dogs crave the companionship of other animals. Although they prefer dogs, biology dictates they will accept other mammals under the right circumstances. This leads to some pretty adorable mixed packs.

Like this article? Head over to our Blog for more! The Best Dog Harness with all the Features for 2021